HOW THE 3 EXISTING TYPES OF AUTOMATION PROCESSES WORK

We’ve long heard about automation and the enormous benefits of bringing intelligence to all business processes, which range from cost savings to improved productivity or regulatory compliance. However, the term ‘automation’ is in itself vague, including different technologies with a heterogeneous range of capabilities and use cases.

Within this amalgam of concepts, there are three key technologies that we must take into account: macros, IT process automation (ITPA) and Robotic Process Automation (RPA). Three different environments, with their particularities, which trace the particular evolution of the trend towards intelligent and efficient management of many of the daily tasks of our companies.

Within this particular list, the most traditional automation technology is macros (with permission or scripts, scraping or similar). Available for decades (many will surely remember the macros that allowed not to despair with Access in the 90’s), macros are a series of functions that allow to automate some repetitive tasks, complex actions or common processes, either in business applications, or in databases and other computer systems.

To give an easily understandable comparison, macros work like a keyboard shortcut or a speed dial button on a mobile phone: a certain sequence of tasks or processes are brought together so that it can be started repeatedly as soon as the corresponding order is given. This eliminates the need for the human operator to know all the tasks that must be performed to achieve a specific goal, as well as saving the time of carrying out each of those actions manually.

Similarly, in the more technical arenas, the use of macros reduces the knowledge barrier needed to work with complex processes, allowing any professional, for example, to analyze data without having specific training in programming. The negative side? The sequences must be established beforehand, they are limited to very specific processes and do not admit any variation or adaptation. In addition, the human process is not completely eliminated: there is still a need for someone to provide the information and ensure its quality, as well as a person who presses the correct macro button.

More mature is the automation of IT proceses, Better known by its acronym: ITPA. This model consists, in essence, of improving efficiency by reducing the manual work in the measurement and execution of routine IT tasks, such as updating or patching systems, configuring new servers or network devices, executing backups or security policies.

Strictly confined to the control environment of IT departments, the ITPA systems significantly reduce service delivery times, the provisioning of new functions or regulatory compliance (having both the policies and records fully automated). Not to mention the perfect orchestration of workflows and multifunctional processes. Also, and despite being a more niche approach than macros, the fact is that the capacity of ITPA is much grater than its predecessors: automation can be carried out integrally in many layers of technology, from the deepest back office to the employee-facing processes.

ITPA also provides other indirect benefits that have traditionally attracted the attention of CIOs from all kinds of companies. One of them is the consistency between different software versions or the standardization of the technologies available in the company. On the other hand, in the event of an error or interruption in the service, the capacity to automate the processes dramatically simplifies problem solving and reduces the time needed by the ICT teams to solve the incident.

Finally, we reach the third stage of this evolutionary chain: Robotic Process Automation (RPA). This technology, which is currently booming, allows robots to take charge 100% of all kinds of administrative or back office activities, as long as they are repetitive processes or tasks. The difference with the previous models? The flexibility and integration with workflows is much greater, performing in the eyes of any outside observer as a “virtual worker”.

Within RPA solutions we find two clear types: robots that work on deterministic processes employing structured data and processes based on rules and, on the other hand, those that allow to manage undefined processes, through probabilistic learning and using unstructured data. The latter being the point at which we include artificial intelligence into the equation for the first time, instead of establishing predefined rules for use.

In any case, robotic process automation promises cost savings, reliability and efficiency in processes that are easy to break down into simple rules and with a large volume of transactions. They are also key in workflows with large documentary burdens and prone to human error. Specifically: banking and finance (from the contracting of services to the delivery and validation of information in a mortgage application), industry (order management or supply chain), health (automation of entry forms and medical reports) or human resources (management and claims of payroll and training courses). And that’s just the tip of the iceberg of a revolution, the RPA revolution, which aims to bring automation to the last corner of companies and public institutions.

What proceses can Blockchain transform? Daniel Media explains how technology is changing the financial world 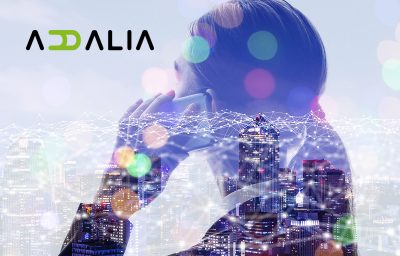 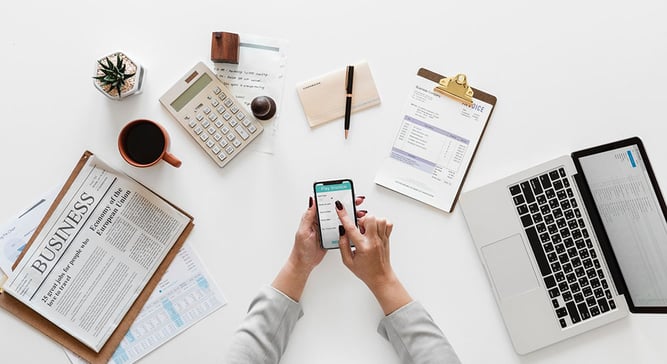